Crime is an act committed by someone to damage others right by causing physical or mental harm to other person. A crime can be hurting someone physically and damaging his body or giving him physical pain or hurting someone mentally or emotionally by interfering his rights  by an act causing harm such as defaming someone and causing mental and emotional harm or by eloping with someone monetarily and causing mental harm and defeating his rights .

A Criminal lawyer is a person who acts as a guide to such person who’s right are harmed on the other hand he also becomes a wall to save the person who has been accused of causing such harm.

People look for Criminal Lawyers in Delhi for both the cases. So, basically a criminal lawyer is a person who works as a guide and helps accuse or the defendant to fight for his rights.

When a criminal case is registered, a Criminal Lawyer in Delhi is looked upon by the person seeking help, such people may seek help for getting bail. Bail can be of two types: Anticipatory bail and Permanent Bail. While first one is filed for the person who has apprehension of arrest whereas second one is filed after an accused is arrested. 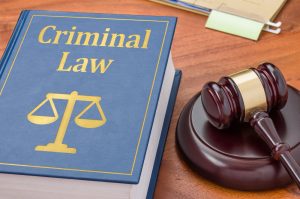 Bar council of India does not allow advocate to promote any website . By visiting this site you hereby agree that this site is being visited only for informational purpose and there will be no legal liability arising out of this website . Please click agree below if you agree to the terms and conditions else click on leave

I Agree I Disagree
Scroll to top